I have not watch a game with less emotion than watching Arsenal played Bayern today. There were waves of praises for their so called brave performance, and come back that nearly succeeded. But what I saw was a mediocre performance against an even worse team of the night.

Sure they did manage to score 2 goals. But throughout the night, there have been missed passes after missed passes. A mere 65% completion rate at the end. This is suppose to be a passing team. I saw a lot of attempt to do one touch passing, but that's one touch to the opponent. There were so many incorrect passes to Walcott until he decided he was not going to run forward. Carzola did that. Rosicky did that. Arteta did not show up as the captain. And Ramsey reminds me about myself. A guy who is clueless when the ball reach my feet. I believe his pass completion rate is zero.

At the conclusion, maybe the only thing to cheer about is the return of Fabianski. Ya, I have written about him. He made some big saves. But the more important thing is, he was probably the only one who yelled at his teammate to wake them up. He should have been the captain of the night.

Arsenal as it is is dead. A team that used to play so well regardless  of the players. Just looked at all those times when we played the young and unknown players in the League Cup. We were able to play passing football against any team, and beat them. The magic of Wenger is gone. He no longer shape the players. The Arsenal Style Thierry Henry so proudly praised when he moved to Barcelona does not exist anymore. Barcelona does not play like Arsenal. Barcelona is simply way beyond, on a different league.
Posted by Aliko Club at 4:49 AM No comments:

What's could Arsenal do?

After watching the 2nd leg come back by Barcelona, I wonder if there is any chance Arsenal could pull out something similar. They need 3 goals or more tomorrow. I can't remember when Arsenal won convincingly, let alone scoring three huge goals.

Perhaps asking for the same experience two days in a role within a week is too much. Maybe I should be happy with a small win.
Posted by Aliko Club at 2:18 AM No comments:

Two loses in a weekend is unbearable. First there was Barcelona which did not seem to want to win the game. Then came Arsenal who played no different, except loosing to an opponent they have dominated for years. I must say the most entertaining part is watching Piers Morgan during the pregame and half time show.

For the first time, I wish the take over of Arsenal by the Middle Eastern group would become true. After moving to the Emirates, Arsenal has played for 2-3 years within so called young players. Though have not been as dominant as they were during the invincible season, they managed to produce some good results.

Back in 2008, we were on our way to fight till the end for the title. But Eduardo's incident happened and suddenly everybody lost focus and we lost many games we should have won, including the game against Birmingham City. In Carling Cups, we were able to play beautiful and winning football using young players like Wilshire and Chamberlain. We still have many of those players today.

However, things have changed. With or without good players, we don't play the same type of football Henry was proud of playing. Maybe I have been comparing Arsenal to Barcelona. But, Arsenal was never this bad. Once a while, we see some pockets of brilliant. The most memorable game was the one between Arsenal and Barcelona in 2011 when we won 2-1. Yes, we still have Fabregas and Van Persie, but we played the best Arsenal had every played since winning the EPL in 2004. I think Arsene has lost confident in the style of play. The short passing game has changed to long inaccurate passes. We no longer hold possession for a long period of time. In current EPL standard, we could easily beat anyone if we just work on those short passes, and have players move intelligently towards the person with the ball.

Back to Barcelona. If they could come back from the 2-0 lost to AC Milan next week, it will be the greatest game of this season. We have not seen Barcelona do this for a long time because they are usually the leading team. And they have been beaten way too many times in the Champions' League. Someone need to step up and lead the team. 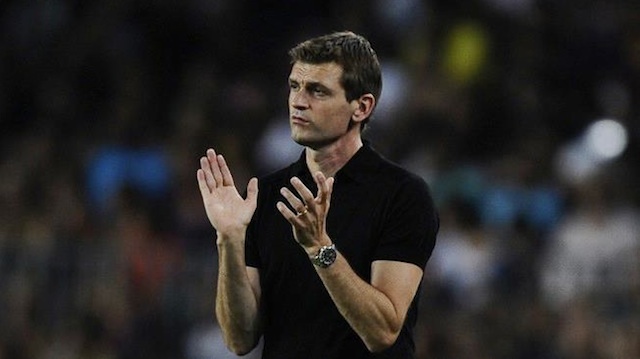 Posted by Aliko Club at 2:47 AM No comments:

Email ThisBlogThis!Share to TwitterShare to FacebookShare to Pinterest
Two years later, Arsene's still there, doing the same thing, trying very hard to get his team into the top four of the EPL.

Just watched this interview by Carzola a moment ago. Is there a big disconnect of big number of fans


and the player themselves? While watching him, I can't stop thinking what was actually going through in his mind while trying to give some good answers in front of the camera. Has he joined a wrong club which only consolation in February is the chance to get into the Champions League again the next season? Or perhaps he is still motivated at this point because some other EPL club like Man City might actually offer him a higher salary and a bigger chance of winning something next year. Regardless, I don't doubt a bit that most players are motivated to do their jobs as good as they can. Otherwise, the players from 18 of the 20 clubs would probably be trying to kill time since they no long have any hope of winning the league.

Without any trophy to aim for, this actually make watching an Arsenal game an enjoyable one. The coming derby match on Sunday against the Spurs is an exciting one, not just because they are the neighbor, but they are actually one spot on top, sitting in that 4th seats.

Posted by Aliko Club at 2:30 AM No comments: